Communication – doing it the right way! 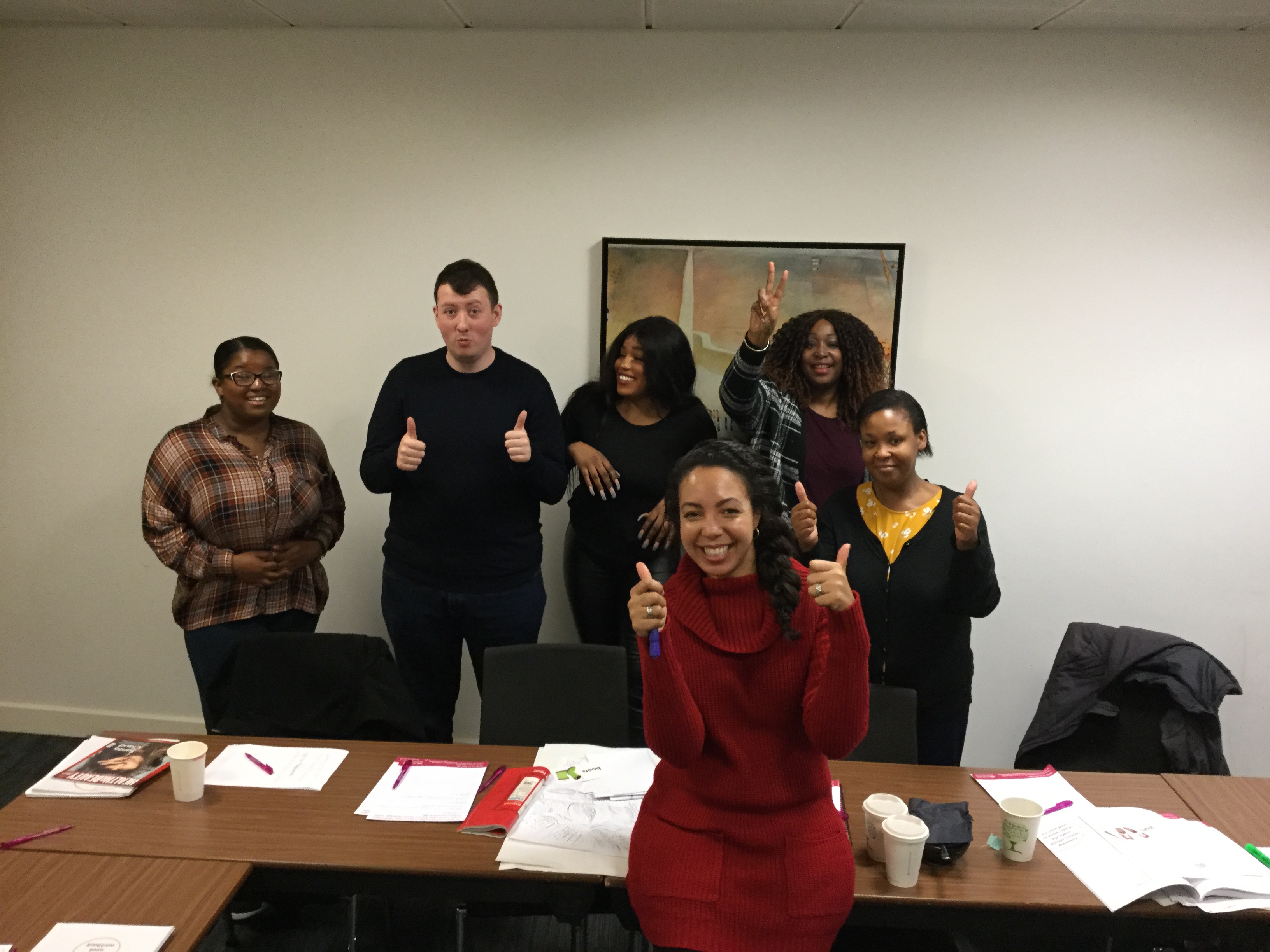 Jade returned to share her valuable insight into how to communicate clearly and effectively both at home and at work with colleagues, managers and clients as well as the dangers of not following a few golden rules.

Running her own business CCF (Customer Care First) Jade also shares her career journey including early mistakes she made.

As usual there was a lot of laughter as well as learning in the room!

Daniel has a picture of a paid of shoes which he has to describe to Debbie to draw without showing her the picture!

Juliet had a picture of a pair of boots which she had to describe to Tequila to draw.

Both Juliet and Debbie said they should have asked questions and not just taken the instruction. How often do we take instructions at work without ensuring we understand fully? As Jade said ‘asking questions gives us clarity and more information’.

Next it was on your feet for Tongue Twisters! Lots of laughter but a crucial point for anyone public speaking or who speak a lot on the phones – tongue twisters loosen facial muscles and make our voices clearer. So now you try:

‘She sells sea shells on the sea shore’ or one you know.

After swapping over, all agreed it’s not as easy as you might think to have conversations in the workplace. We must always be vigilant and make sure we think before we speak. ‘Can I say that a better way?’.

Jade ended with a film featuring Friends characters illustrating non-verbal communication traits including, amongst others:

All agreed Jade’s communication workshop was fun, informative and a lot was learned.