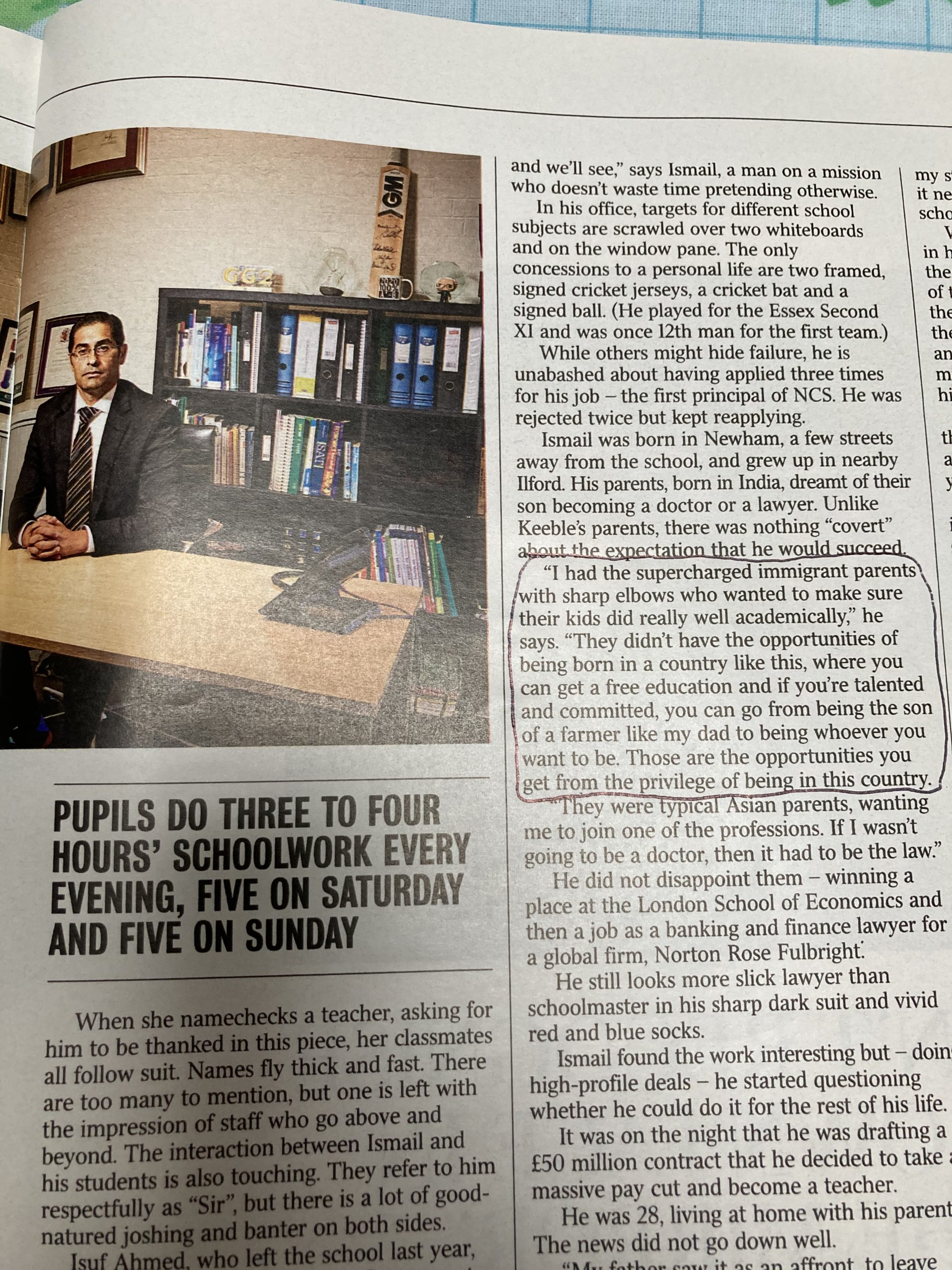 No as showcased by Mouhssin Ismail and his students.

Previously a successful City Lawyer, unfulfilled, Mouhssin decided to re-train as a teacher against his family’s expectations. Now Head of Newham Sixth Form College, he has not only instilled empowerment and self-belief in his students but engaged them in the power of education.

Above are some of Mouhssin’s student who have rejected prestigious UK universities in favour of Ivey League ones.

If only every educator who thought outside the box as Mouhssin clearly does was brought together to re-shape the UK’s education system what a potentially amazing empowering process of education we would have for our children.

Not every child will want to go to university. But every child has the right to an education system that enables them to be the best human being they can be – no matter what career path they choose.

The snapshot of the feature below I think proves what I have always believed, where you are doesn’t determine where you will be… that power is in your hands.

What do you think?