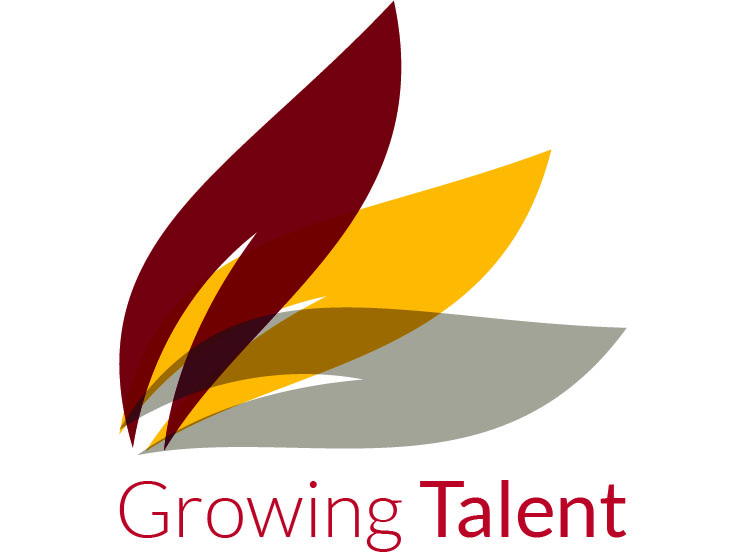 The final selection stage dawned on Wednesday 3 February back at Holborn Bars.  You could touch the excitement in the room!

We kicked off with 60 second personal presentations – nerve-raking before the guys joined the employers who had requested to meet them a second time.

The tables were buzzing………..

Andrea & Ed returned to meet the BaxterStory people and learn a little more about their personalities.  They identified 3 people they liked 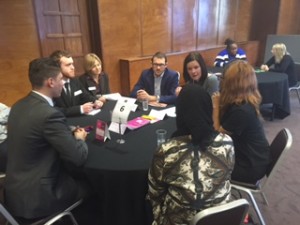 Russ & Chloe from Iron Mountain were keen to meet their shortlist and ended offering to six! 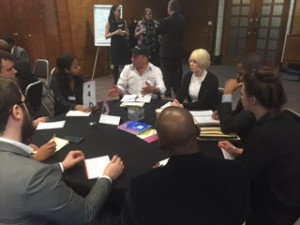 Sharon & Trev from Harrow Green had to hot foot it to a business conference, but not before they offered 11 placements including their very first female porter – history in the making! 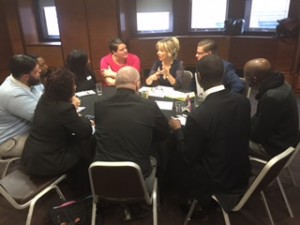 Girl Power – also known as Julie, Michelle & Genielle from Portico identified four people in total – so much talent in the room. 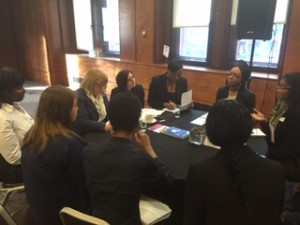 Shane was able to attend this event along with Selvan, they met some business-minded people who wanted the opportunity of working at Invest In Buy To Let.  In the end, three people were selected plus a part-time role created! 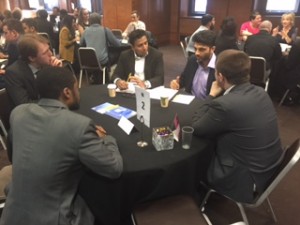 Lastly, Phil from MitieTDM selected his first choice plus three back-ups despite being the only employer who attended alone!  Go Phil! 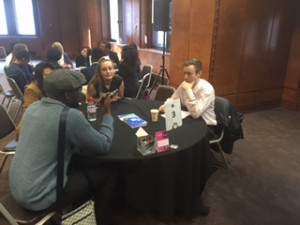 The morning ended with 22 people selected to participate in Growing Talent 8!