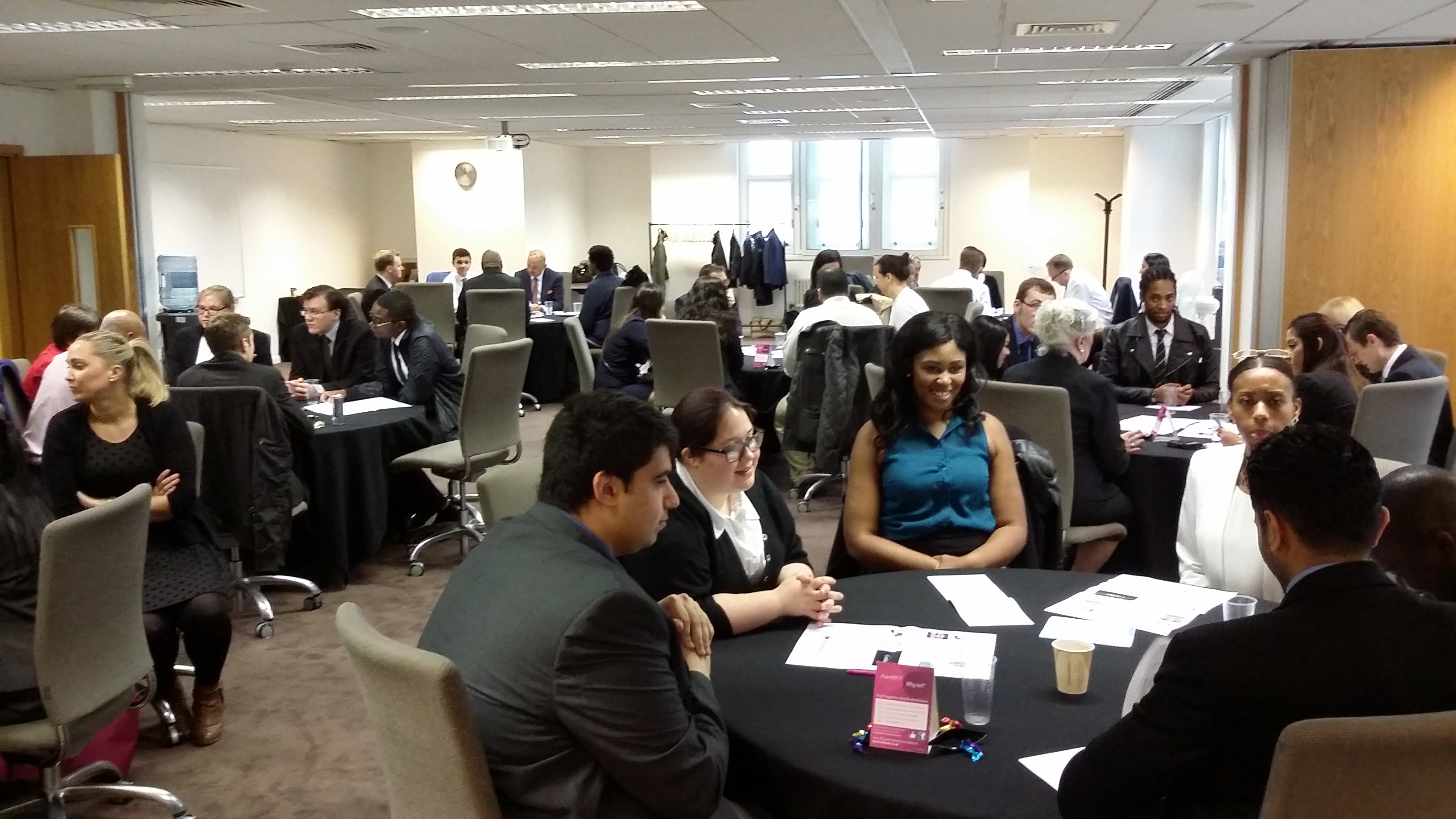 What a whirlwind this week has been.

Monday saw the initial employers’ assessment of hopefuls applying to be the next Growing Talent Associatetes on the 7th programme!!!  As you can see from the feature photo it was almost standing room only!  Two sessions were carried out.

Shane and Mali from Invest In Buy To Let carried out an icebreaker task of ‘select a logo’.  The idea of this is to think of what the logo represents and select the  one that closely matches what is important to you.  Then the conversation flowed.  Mali was very generous in wearing two hats!  Apart from representing Invest In Buy To Let he also offered to speak with the applicants having come through a previous Growing Talent himself!

Sharon & Trev from Harrow Green tasked their table in a group presentation task to highlight what employment means to them.  Not an easy task for strangers to work together!  Trev looked every inch the manager and didn’t flinch when an applicant told said ‘I want a body like yours’!

Peter from Wilson James took time out from his hectic schedule to man the  Truth & Vision table.  An interesting topic which brought roars of laughter!

Jamie and his team from Pertemps had the colour questions – pick a colur and get an unexpected question – especially when Jamie’s asking!  Adam, in the blue suit below, even did an impromptu rap at the end! 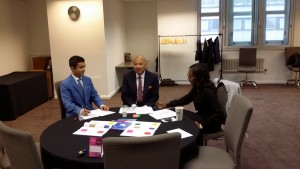 Andrea & Ed from Baxter Storey had the Desert Island luxury task.  Working in pairs, investigate what one luxury item someone would take with them and why!

Julie, Martin & Parissa of Portico handled the Sell a Celebrity table where applicants were given a mundane role and had to sell the skills and attributes of why a particular celebrity would be good in that role! 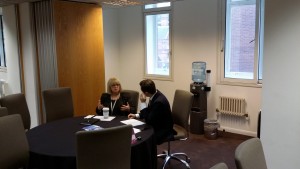 Julie & Martin from Portico were first to arrive – Martin even climbed all four flights of stairs!

Lastly Phil and Richard from MitieTDM had pick a quote which resembles your outlook on life.

Lesley of PwC joined Phil and Richard to identify a potential candidate for her H&S role.

Fast and furious summed up the event.  It was a bit like speed interviewing!  Not sure who was more exhausted – employers or applicants.  Of course we were running over on time so my watch got faster!  15 minutes quickly became 10!

Still, all copied amazingly well and agreed it was a fun, interesting way to select!

With a shortlist agreed of 32 the Employers’ Selection event on Wednesday was well anticipated.  A slightly changed line-up for MitieTDM with Dan stepping in for Richard.  Also for Baxter Storey with Andrea joined by Oliver.  Shane’s co-Director from Invest In Buy To Let was able to attend replacing Marli who needed to do some work back at the office! 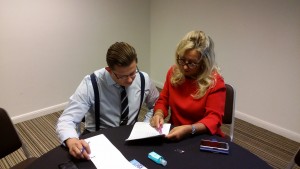 Sharon & Trev from Harrow Green above deliberating on their shortlist – 5 selected to join Harrow Green!

This time was all about employers meeting their shortlist for a much longer period.  In some cases 3 hours! #stamina!

Tuesday 1 September sees the start of the Orientation Week for Growing Talent 7 with a record cohort of 18 Growing Talent Associates – watch this space!