Majestic in the sunshine……………. 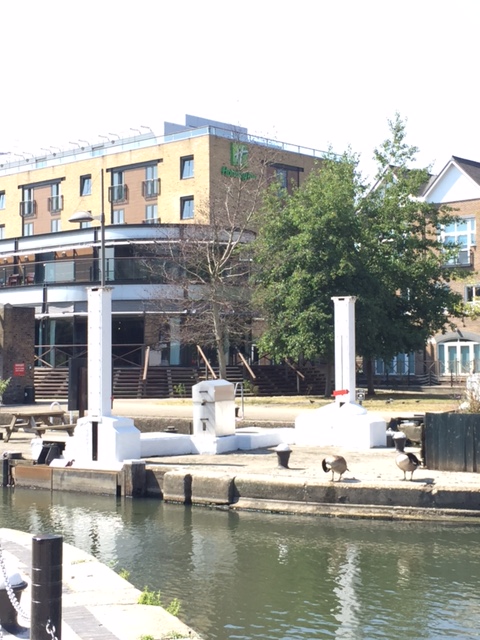 The heat of the sun was beating down casting sparkles on Brentford Lock outside the Holiday Inn where David from Growing Talent 10 has been working for the past few weeks as Food & Beverage Supervisor and Sam has just joined after moving across from Aramark.

A great setting to while away breaks and lunch hours………… 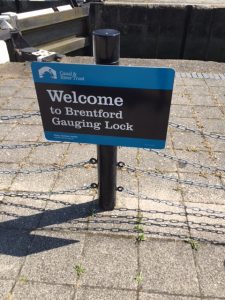 Arriving over an hour early – Brentford isn’t as far away as I thought! – Ebb – HR & Training Manager joined me for a chat about the hotel, her role and how David has done whilst we waited for Sam to arrive.

The hotel is used by the group as the trial venue for new ideas.  It’s the first to incorporate the Open Lounge effect creating and inclusive, seamless experience across reception, bar, waiting area and Internet bar.  This has created a ‘warm’ vibe – which even I commented on withough knowing this was the plan!  The Open Lounge is now being rolled out nationally.

Another change to trial is the Uniform.  as you can see from the photo below, the current uniform is black and an interesting shade of green.  Ebb has steered this particular change as green is not a favourite colour of hers.  Ebb is a strong role model for people who want to get on.  She started as a receptionist and studied HR whilst working.  Working her way up through different roles to her current one.  ‘Every day is different and you never know what you are going to deal with’.  What a great job!

We were then joined by Sam where we discussed pretty much everything that is wrong with the world today!  How often do you sit and talk with colleagues/bosses about things not connected with work?  It’s refreshing – try it!

David arrived for the start of his late shift and explained the variety of his role.  Thrown into different areas of operations he’s learnt a lot very quickly and was even left with the keys to the hotel for an hour due to an emergency.  What asked what he liked about the role , David said ‘it’s like the United Nations.  Staff are from all over the world and we all get on. Every day is different and it’s always busy’.  David then shared a few insider tips with Sam such as who makes the best Starbucks coffee – Ebb agreed with his thoughts!  David also spoke of a customer who wanted unchilled drinking water – ususual as it was a really hot day.

The quick meeting lasted over two hours with a lot of chatting and laughter.  What a great place to work – or was it just fab people? 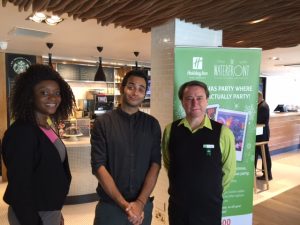