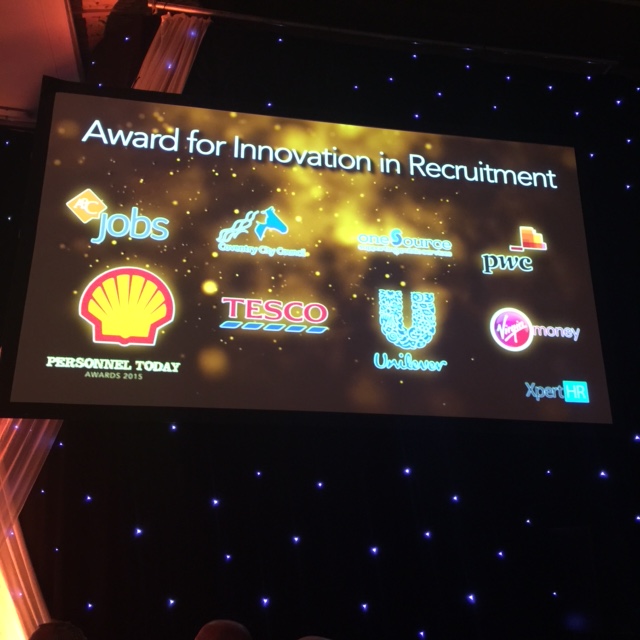 So a grey and drizzly early evening saw the journey to The Great Room at the Grosvenor House Hotel commence!  900+ enthused professionals had preened their hair and appearance, squeezed into their outfits and transported themselves down to Park Lane for the long awaited results of Personnel Today awards 2015. 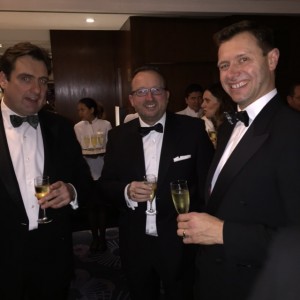 The new 007 try outs?    no the fab Charlie and Peter from Wilson James with the amazing Simon of Portico.

Networking over drinks in the bar the hub of conversation almost drowned out the call to dinner!  An elegant room filled with excitement and anticipation confronted us: 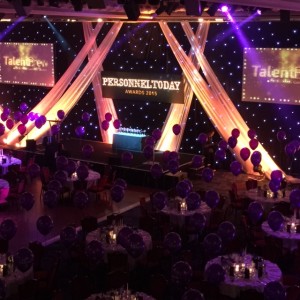 ‘Pop the balloons – confetti filled ones identify the winners’ came the call from Personnel Today on stage!  Like a Black Friday sale, balloons were being popped with relish, nails, teeth – whatever came to hand.  Alas, but a sigh of relief from the cleaners,  no confetti appeared!

A great ice breaker though!  Over a lush three course dinner the conversation flowed. 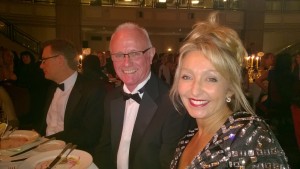 Alan from Xerox and Sharon from Harrow Green chatted away on their businesses, support of Growing Talent and no doubt the food! 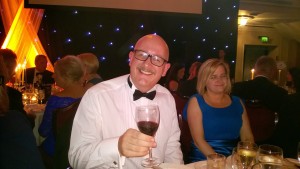 Dave of Suez and Rosie of Mitie – poor Rosie was facing a four day H&S course for the rest of the week but still came to support Growing Talent.

There was a surprise compare: 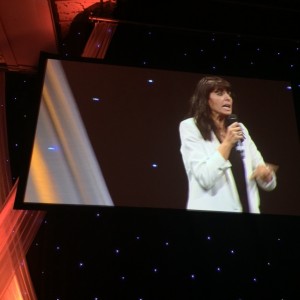 Much smaller and whittier than on tv, Claudia Winkleman kept the proceedings flowing – difficult with 23 awards to present!

Unfortunately, no awards were won by Growing Talent.  But, there’s always next year!

A huge thanks to all the fabulous people that came to support us last night and of course those in their teams that work tirelessly behind the scenes:

And of course the driving force behind Growing Talent – Jon & Steve – PwC I&P!