So – what happened on their return from the National Gallery?……….. 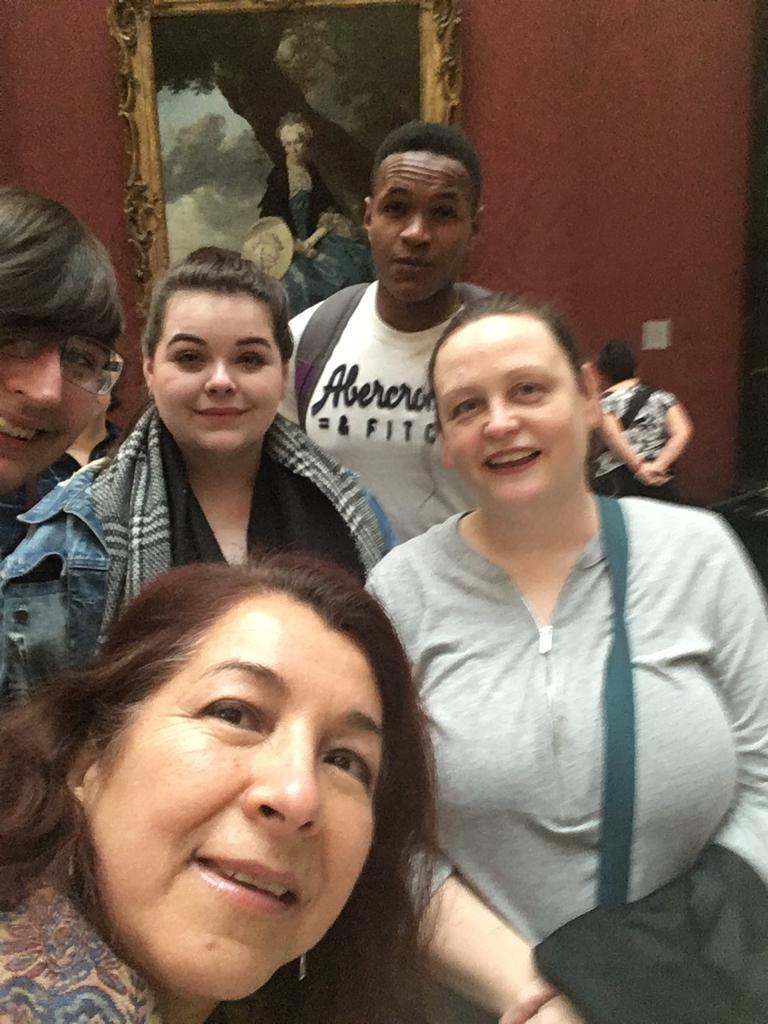 Kristina, Jess, Estela, Abraham & Joseph’s task was to find a painting that ‘spoke’ to them – either good or bad. They had to note down the name of the painting why it spoke to them and what question they would ask the artist if they could.

Of course, what they weren’t told was they would be drawing it! So much fun!

Kristina chose Claude Monet’s Lilly Pond. She had never seen the original but was familiar with the piece which she finds comforting and relaxing. Kristina has been to the place Claude painted Lilly Pond which evoked even more memories. The question she would ask is “how did you keep your passion for painting despite your failing sight?”

Jess selected Van Gough’s Daffodils because it was predominantly yellow which Jess feels is a happy colour. Jess’s question was ‘with your health problems you locked yourself away – why did you think eating paint would be a good thing? Did you think if you ate yellow paint it would make you happier/healthier?”

Abraham chose the really intricate Regatta on the Grand Canal by Canaletto because of the vibrant colours and attention to detail. It made him feel excited, amazed and like he wanted to be there. He’d ask the painter “were you part of a prominent family here, if not, would you like to have been”

Joseph chose Van Gough’s The Chair because it’s simplicity caught Joseph’s eye. His question would be “Did all your paintings arrive from the simplest ideas?”

Lastly, Estela chose Surprised by Rousseau. She was drawn to the Tiger and how such an animal could be fearful of nature with the brewing storm and jungle habitat. She would ask ‘what made you chose that subject?” The painting made Estela feel surprised, amused she almost felt the storm, the wind on the leaves and the shiver the Tiger was experiencing.