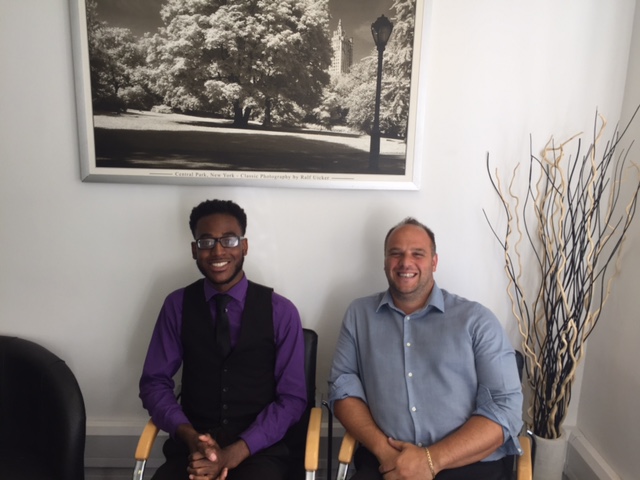 It’s a standing joke that Keane relishes his role at Pertemps – he initially turned it down!

Seen with his manager Pedro in the photo above, Keane looks forward to work everyday because he learns something new and is challenged all the time.  This pushes him to deliver the best possible version of himself.

He gets on well with the entire team who are supporting him really well but he’s picked out someone who he believes has the right mix of building a strong, friendly, customer service banter without stepping over the mark. Pedro is Keane’s role model for getting that professional cut just right.

Keane recognises he needs to call customers more – which is out of his comfort zone but he is pushing himself as he really likes every other aspect.  He’s already impressed Pertemps by his impeccable appearance, never being late and never being sick.  He’s now going to try his hand at being a Junior Recruitment Consultant! Watch this space.

Despite the long days, Keane loves the routine of going to work, having a laugh with the team and building relationships he still maintains his past times at the weekend – although he is now shattered during the week!

Support from his family, encouragement from the team at Pertemps – he can’t go wrong!