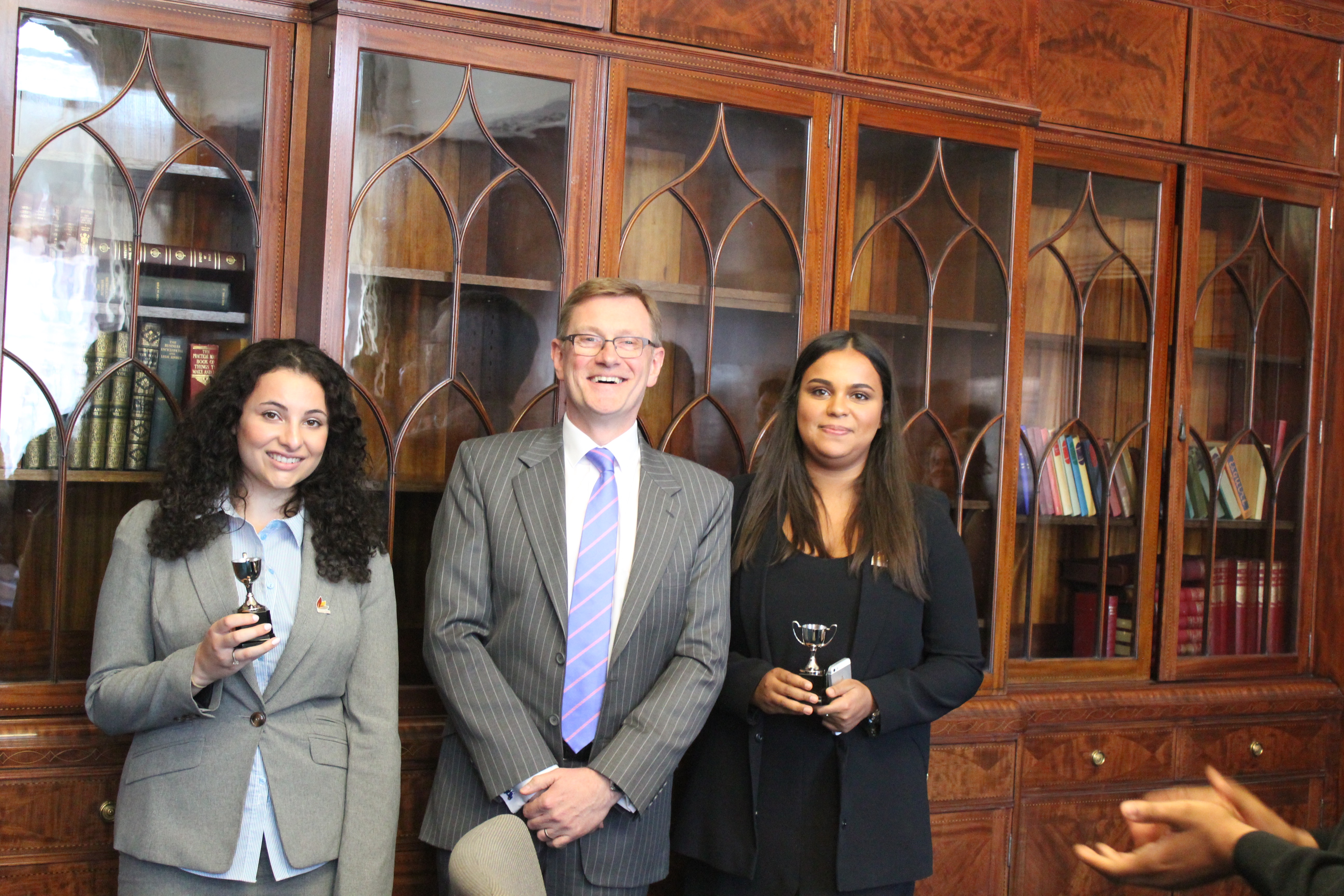 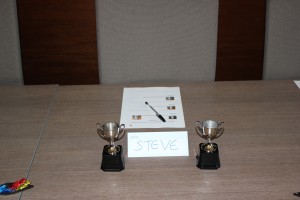 A bunch of confident, professional, highly presentable GTAs arrived at 9am ready for their ‘warm-up’ before the main event at 10am.  Amongst the first to arrive were Mehmet and Marli who clearly had no nerves! 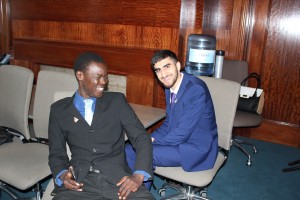 Chelsea had a nightmare with her white top which decided to crease like crazy on her journey.  Did she let this impact her?  Of course not.  She nipped into New Look and brought a new one!  Any excuse for shopping!

All of the Associates had different ways of getting in the zone.  Some like Mehmet & James took the quiet reflection approach.  Visualising what they wanted to say and thinking ahead of the questions the judges may ask. 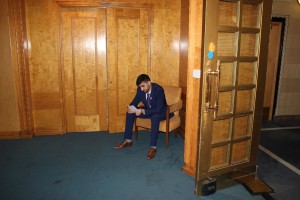 Mehmet getting in the zone……. 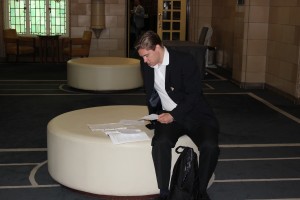 James trying to do the same……. is there no escape from that camera! 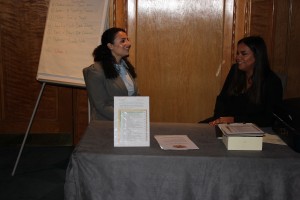 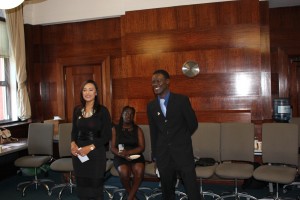 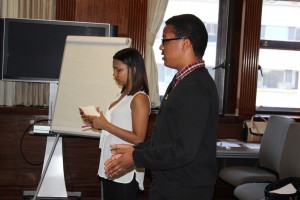 Chelsea & Joshua run through their idea – Safe Place – before a ‘friendly’ panel! 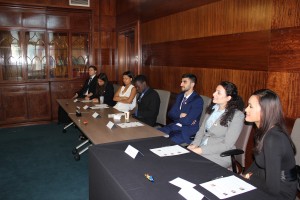 The Associates were so supportive of each other, giving advice and encouragement.  Amazing to watch considering they didn’t know each other just five short days earlier!

The first judges to arrive were Julie from Portico and Ben from PwC.  Earlier in the week Ben had delivered his Give Yourself the Edge Presentation which will come in very handy later! 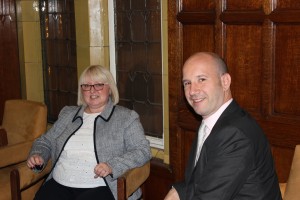 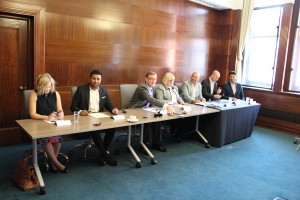 First Chelsea & Joshua delivered their idea for Safe Place a support programme for young people in or leaving care.  Chelsea’s personal experience of the UK’s care system touched a nerve with the judges.

Next James delivered his Sporting Chance idea using sport to engage 20-30 years old onto a better path including education and employment.  This is an age group not catered for generally which inspired the judges.

Food 4 Thought was Mehmet’s idea on food waste, recycling focussing on supporting food banks and reducing landfill to enable the land to be returned to use for housing quicker.  He also touched on animal feed and composting!  The judges noted the amount of research Mehmet had done and his passion for the environment.

Boost Tutoring devised and delivered by Marta & Leah.  An innovative idea to use student teachers to support those students who are falling behind.  Starting in Mulberry School, the judges liked the research done to illustrate the divide within Tower Hamlets as a borough which houses both Mulberry School and Canary Wharf.

Mali & Shay then delivered their idea on Youth Dreamers to give young people the focus, ability and encouragement to make the right choices.  Something our young people may not get at home or in education.

Last up was Stephanie with her music and food festival for cultural integration called London Wide.  Unfortunately  we hadn’t counted on Selvan being so ‘up on’ music.  When Stephanie asked the panel ‘does anyone know what garage is?’ ‘somewhere you park your car’ was the expected answer.  Instead Selvan said ‘it’s a type of music’!  So we did a re-run with Steve primed to give the right answer.  Still, the laughter certainly broke the ice!

The Growing Talent Associates then had a well earned 10 minute break whilst the judges deliberated. 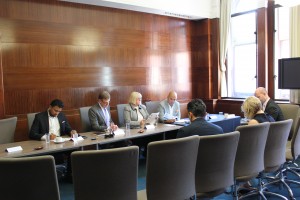 However, they were so impressed on the calibre and content of the presentations they couldn’t decide.  So the 10 minutes extended to almost 20 before a decision was made. 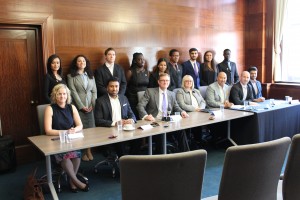 Before the decision was announced, the fabulous GTAs joined the judges for yet another photo call!

& The Winning idea is Boost Tutoring:

Leah & Marta won the coverted silver cups for their winning idea of Boost Tutoring joined below with Julie from Portico, where Leah will be working and Jamie from Pertemps, where Marta will rock the recruitment world!  The judges were particularly impressed by the simplicity and ‘do ability’ of Boost Tutoring. 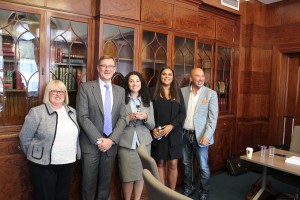 After the presentations, the judges shared their, not always smooth journey, to their current roles and gave their top tips for success to the GTAs.  We then broke for a lush lunch.

Below are some of the comments from the guys on what they thought of the Orientation Week as a whole:

‘Amazing experience – everyone should do it’

‘Amazing would recommend it’

‘Best week I have ever had.  If I had the chance to do it all again, I would’

Growing Talent – the  true power of people working together