It’s now the fourth week on site and the 1st appraisals are due!

How have the guys got on?  Reports back from all line managers shows every one is progressing well.  Did the Growing Talent Associates agree? 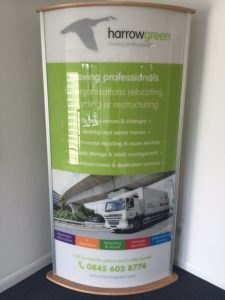 1st stop was to Harrow Green where Nad, Paul and Emma are based.  It’s like going to a Growing Talent reunion visiting Harrow Green – over 20 people have joined them through the programme so there is always someone to see. 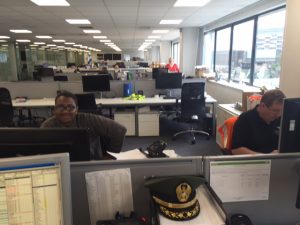 First up was Kearon from GT7 – to the left above with Trev, Security Manager.  His core role is in operations involves, packing, moving, reinstalling – very physical – now he’s helping the security team – is there no end to Kearon’s talents! 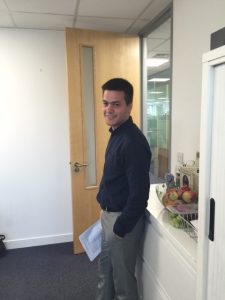 Next I bumped in to José who is now a fully qualified HR Manager! On joining Growing Talent 5, José had been living in the UK for six years holding down a number of hospitality roles whilst studying in his own time to qualify in HR.  What an achievement to realise his goal. 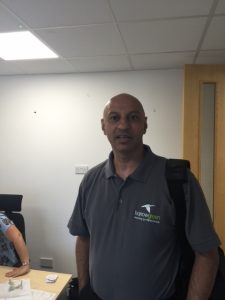 Nad then appared – as usual positive and beaming!  He’s enjoying it and learnt, amongst other things, to tie knots!  With the arrival of Harrow Green’s training portakabin, he has plans on training videos etc.  Sharon has big plans for Nad to utilise his skills in photography, marketing, web and computer technology.  In the meantime, Nad’s very happy in operations. 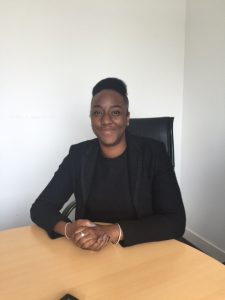 Always a well dressed lady, take a look at how professional Emma is – looks like one of Harrow Green’s managers!!!! She’s also loving her role.  Core responsibilities include security processes, policies and compliance.  In addition Emma has helped out in transport and other areas.

Great to see all the guys doing so well.  Unfortunately Paul was out on a job………….

Just one stop away on the DLR lies Waterfront Studios at West Silvertown home to Invest In Buy To Let where Len has been based.  As usual a confident, well dressed person appeared! 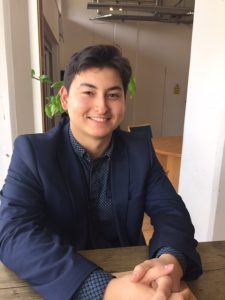 Sales is always a tough role.  You need a think skin to deal with people – some of whom are really rude!  After an initially rocky start Len has found his forte and enjoying sales calls.  After speaking with Selvan and Shane – directors at Invest In Buy To Let, Len stopped using the script and just spoke about the company and products.  It’s a formular that is working well.  In addition, Len has shown his marketing flair buy working on the website.  He’s looking forward to learning more over the coming weeks.

Last stop of the day on a very wet afternoon was to meet Anita at Portico on their PwC contract at Embankment Place. 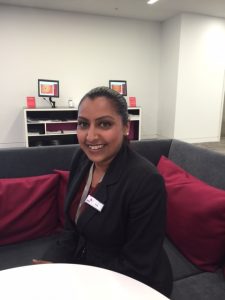 The picture speaks volumes!  Anita has learnt the basic processes with her trainers James and Karen and still has more to learn.  Working on a floor, the role is intense as clients approach in person as well as over the phone.  Whilst chatting, we met a couple of ‘friendly faces’!

First, Alenchenu from Growing Talent 5 – the holder of the record for the earliest to be permanently employed at just 4 weeks!  As part of the Rapid team, Alenchenu runs all over the building.  He and Anita already say hello – now they know the have Growing Talent in common! 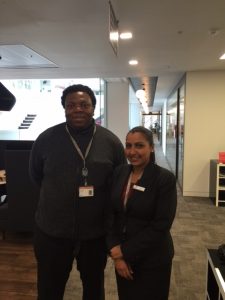 Next to be spotted was David from Growing Talent 3 still enjoyng the role with MitieTDM and trying to save for his dream motorbike – a Harley Davidson! 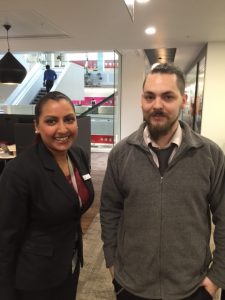 I left Anita with Karen to sort out her IT issues and get measured for her uniform whilst I went back into the rain! 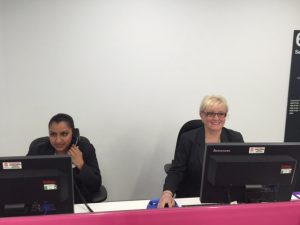 Next visit is to Reece at Pertemps in Enfield tomorrow.  Watch this blog for more news……………………