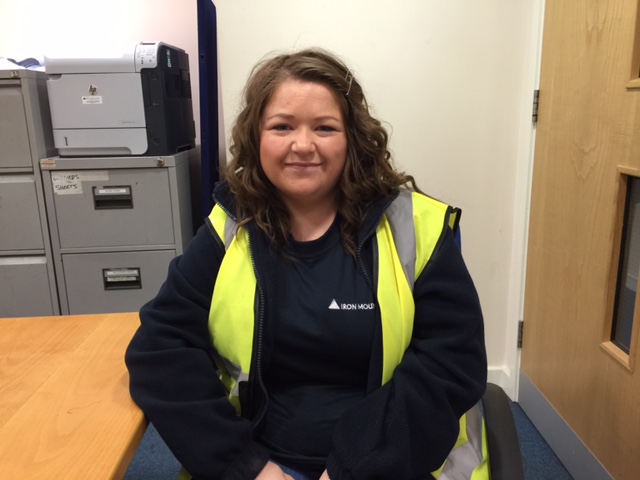 What a whirlwind it’s been.  Out of all the Associates on Growing Talent 8, Becky was last to start on her employer site due to a delay in Iron Mountain’s joining procedures yet she was the first to be permanently employed!

So what is it about Becky?  Well, she’s positive, focussed and has set herself some goals.  She is so grateful to be working again after two years of being unemployed.  The boredom of each day rolling into the next and not having her own money to make her own decisions is something she won’t forget!

Becky was bubbly, enthusiastic and determined from the start.  She supported her peers and kept going even when the first day on site was a bit scary!  Prior to Growing Talent, Becky had experience in the healthcare world and a natural flair for making statement cakes – which will come in very  handy with the two sets of twins due to be born in her family later this year!

I went to catch-up with Becky today in West Silvertown.  Look who was there:

Becky can now make plans knowing what money she will earn at the end of each month.  First on the list is to take Luke, her boyfriend, and the family out for dinner.  She already has a savings account – now she can put some money in it!!!  Her big target is a car of her own……

Great things lie ahead for Becky – check back to learn how she’s getting on.