Leon – the New King of Recruitment?

With a background in sales and music production, Leon was on paper an ideal fit for the fast paced world that is Pertemps recruitment consultancy.

Based in Holborn, Leon is mentored by Adam and Amrik in the finer elements of professional recruitment – managing clients and candidates taking the pain out of finding new talent for businesses and aiding candidates find that next exciting chapter in their careers.

Outwardly confident, Leon was keen to get started in this new world of sales.  Has it been as he thought?  Is he the new king of recruitment?

Of course I visited on the day ‘Doris’ descended on London with winds swooping all around at excessive speeds – the hairspray was a waste of time – would my visit be better?

Of course!  It’s Pertemps afterall!  Staunch supporters of Growing Talent since the beginning, Jamie and his team have supported many Growing Talent Associates along the way.  Close to Holborn Station, the atmosphere inside and out of Pertemps is manic!  A buzz of activivity at all times!

On entering Pertemps’s offices I spotted a familiar face – Marta from Growing Talent 6  – below with Jamie! 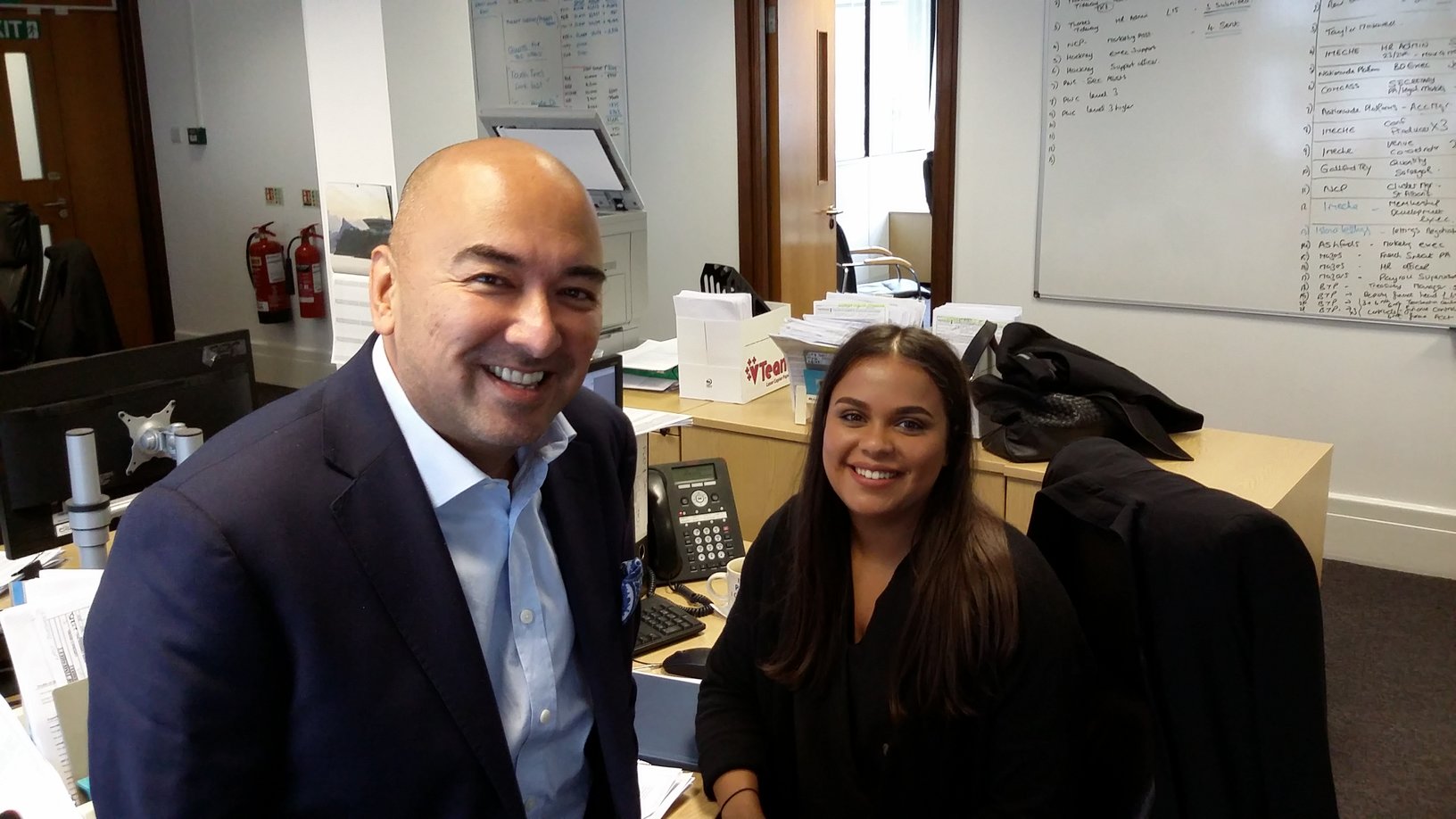 Generally I have two key questions for Growing Talent Graduates when I see them – ‘do you have any savings?’ and ‘are you happy?’  A resounding yes to both!  Marta is now thinking about holidays for later in the year.  Great that Leon has someone on site who has been through the programme before – nothing like having someone around who knows exactly the processes you have to go trough on Growing Talent!

So, how is the world of recruitment for Leon – ‘love it it, I’m shatterd but love it’!  Leon had to dive into an interview shortly after I arrived so I chatted with some of the team first – would Leon’s ears be  burning?  Oh yes – but all good…………….. 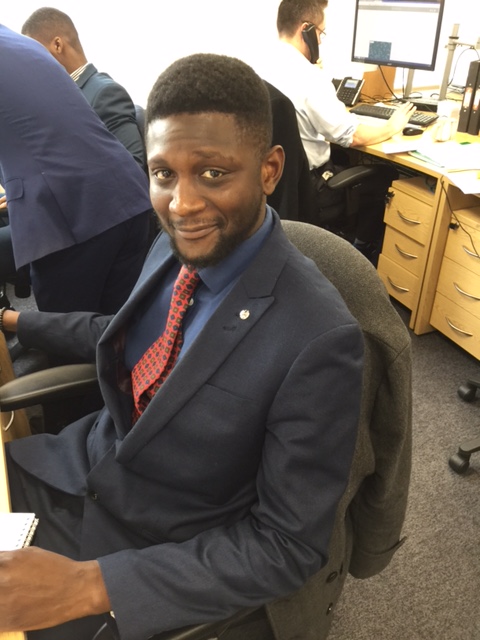 First off I caught up with Jamie and one of his Receuitment Consultant’s – Adam.  As Leon had the meeting room we used the kitchen!!!  Both are impressed with his work ethic.  He’s fitting in with the team really well. 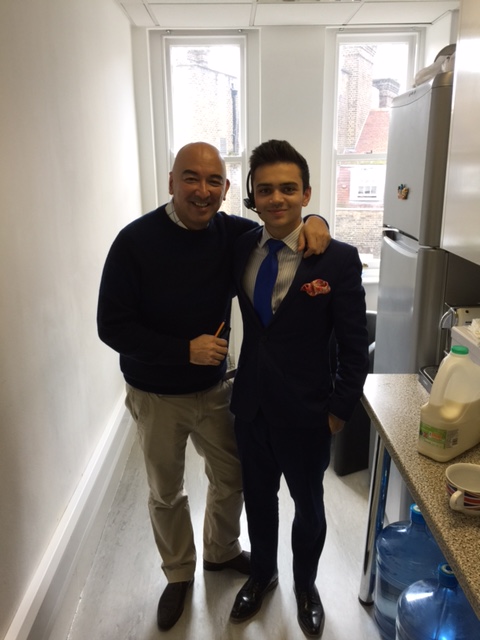 Just as I was leaving, Leon had finished his interview and came out to say good bye.  Another photo opportunity maybe? Well of course…. 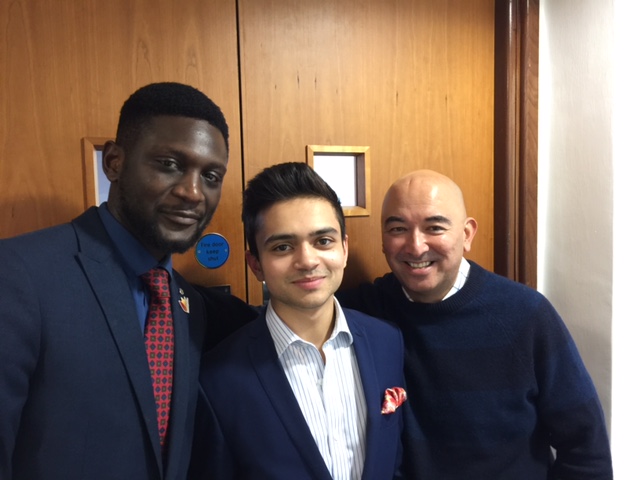 Leon and I then chatted.  He’s already got the competitive edge and told me about his targets, client interest, interviews and so on.  The only thing he needs to do is take a breath, relax and just be himself!

I left Leon to the cut and thrust of deals in the recruitment world…………..  watch this space to see how Leon fares over the coming weeks……